DAILY DOUBLE  MON-FRI, 4:20AM
It’s a twin-spin of something different every day!  John Summers may spotlight an artist’s biggest hits, the top of two hits from a year, a fun common theme, and much more!

John Summers showcases classic and contemporary stand-up from the funniest in the business.

Becky Shock plays three songs with a common theme and listeners have to figure out what it is. The theme answer could be in the title, the artists, or both! 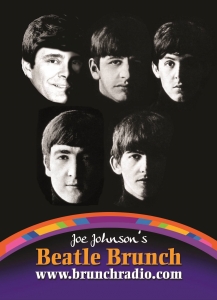 The Brunch with Joe Johnson is a captivating hour of music and interviews with The Beatles as ‘The Greatest Little Rock Band in the World’ with the contemporary music of Paul and Ringo. The program also features new musicians, artists and authors who were influenced and inspired by The Fab Four. You’ll hear interviews from the early days of Beatlemania including rare audio clips from Manager, Brian Epstein, The 5th Beatle, George Martin, George Harrison, John Lennon and other prominent personalities, plus the most up to date information about The Beatles music today. 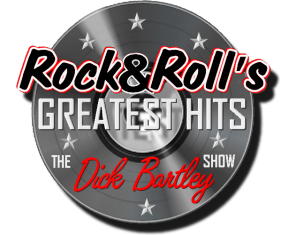 Dick Bartley has been hosting America’s Classic Hits request radio show since 1982. Debuting as “Solid Gold Saturday Night,” the program became “The Rock & Roll Oldies Show” on Westwood One, and since 1991 has been known as “Rock & Roll’s Greatest Hits!” With our new home, the United Stations Radio Network, comes a new toll-free request number: 1-866-989-1975 . . . call any time to request your favorites!