A man is being sought by police for threatening and menacing a family Thursday. 24-year-old Jesse Norris reportedly showed up at a home on San Francisco Street at around 4:30PM demanding some things belonging to him that he believed were inside. They didn’t let him in and he left, but he soon located a female member of the family in the Turtle Bay parking lot and slashed her tires, according to police. He then returned to the San Francisco Street home at about 7:25PM, reportedly brandishing a large knife that he used to threaten a 61-year-old man, hitting him on the chin with the knife and saying “I could gut you right now.” Police were called and Norris fled, dropping the knife. He ran into a nearby greenbelt and got away, despite a search by Redding Police using a K9 and a CHP helicopter. Norris is a white man with brown hair and glasses. He was wearing a black sweatshirt with a picture of a skeleton or a skull. 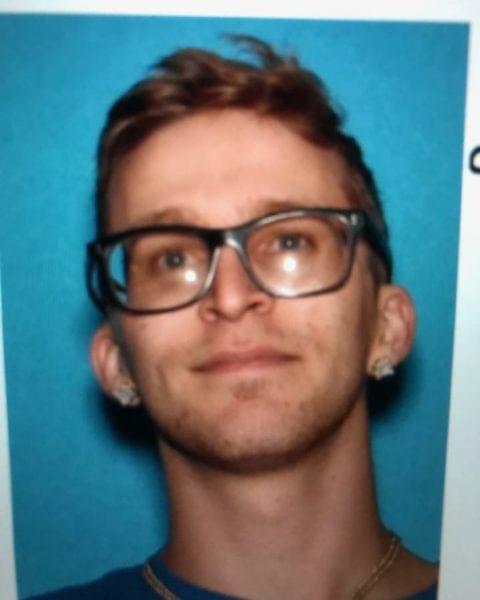